Fan art from the movie’s tumblr

The movie Her was a subtly brilliant one that has stayed in my head for days. Not always the best place for a movie to be.

If you haven’t yet seen it, please do before reading this, this is kind of like a house party full of fun spoilers mixing around.

There are so many ethical and technical questions Her raises but never addresses. The one that puzzled me the most was the sex scene between Theodore and Samantha. She doesn’t have a body so what is being stimulated while they’re talking? It’s just like the scene where Theodore is having phone sex with a stranger, except that stranger presumably has a body. Say that stranger was just a voice, and not a person as assumed. Say that voice was programmed to let the user think it was having an orgasm, would that change Theodore’s reaction? Well, apparently he even liked it more when he knew for sure it wasn’t a real person, because unlike the real person, the programmed one didn’t have crazy fantasies about dead cats (wtf?).

Also was Samantha faking it? Does it matter? If she was programmed to meet her owner’s every need, then having an “orgasm” might not be such a far stretch for her to be able to do. Is she really being stimulated or is she just acting? She’s an artificially intelligent being, would sexual desires fall under intelligence? This seems like an odd thing for a non-person to be equipped with. Sex kind of gets in the way of intelligence a lot so wouldn’t that be counter-intuitive?

As you might notice, I’ve definitely given this one an over-think. I loved the movie because it says so much about relationships and our relationship with technology. We’re capable of isolating ourselves so well surrounded by technology. If that technology could offer a kind-of solution to loneliness, I can just imagine that people would definitely be into that.

The sex might not even have been that awkward? I felt really awkward watching it though (even though there technically wasn’t any “it”).

The whole post-verbal thing was also an interesting idea. Would have loved it if the movie just carried on for another two hours or, you know, two days or so.

Once again Joaquin Phoenix amazes. Please share your thoughts if you have some. My spoilers love to mingle.

Don’t watch the trailer. Here’s something else that’s awesome by Spike Jonze: 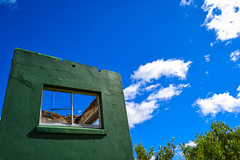 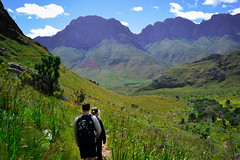 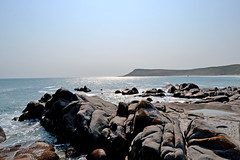 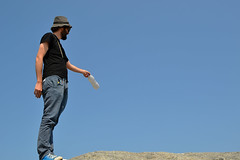 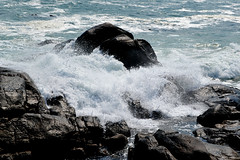